After blowing the engine at Oakey Street Sprints 2014, it was time for a rebuild. Decided to use 1.3 pistons in the 1.6 and bump the compression up to around 11:1. This was all done and running one week prior to leaving for Pittsworth. But Murphy got his way, and for some reason the new engine decided to fail. A quick trip to mums to grab the 1.3 out of the spare Charade and a mad rush to get the engine fitted. The engine had been sitting, with no rocker cover, and in the weather for almost 4 years. Had everything fitted into Bumblebee the night before leaving for Pittsworth, and was happily surprised when the engine fired straight away.

Pittsworth was an awesome weekend, even with a small mistake on run 3. I forgot to put the bonnet pins back in, so up came the bonnet just as I was shifting into third gear. No problem, jump out, bash it down, put the pins in and carry on.

After a weekend of racing the times were very close between 3rd, 4th and 5th. My first trophy. Bumblebee took me to 3rd place. 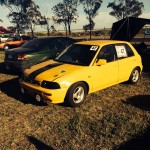 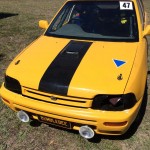 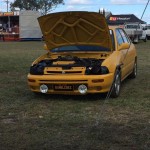 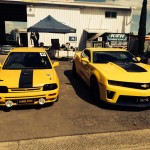 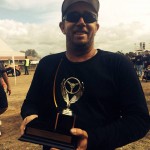 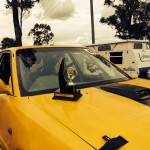