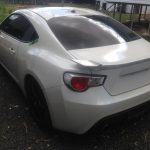 Purchased from Aaron Klaver of Import Monster in Melbourne, with the minor damage already repaired the 86 was taken back to our home base in Dalby QLD where the upgrades and race car preparation was started.

First up was to finish stripping the weight from the vehicle by removing any unnecessary items including items like trims, seats and electronics. 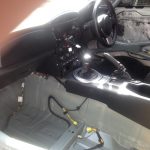 Then Snowflake was transported to Toowoomba Exhaust Centre for Scott to complete some of the installation of the control kit purchased from Neal Bates Motorsport. This included, fitting the MCA Red coilovers, AP Racing Brakes, oil cooler, extractors, complete exhaust system, and sump baffles. It was then on to Winters Fabrication where Brendan built and installed the amazing safety cage to the key specifications required for the racing series. 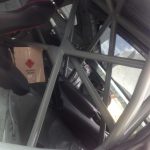 With the rollcage installed and snowflake back home, it was time to complete the installation of the control kit and safety gear. We fitted the required Motec M150 which is locked to ensure competitors cannot change the tune to gain an advantage. A Sparco winged seat as needed for the HANS device, 6 Point harness, and steering wheel were fitted along with a window net, fire extinguisher and roll cage padding. 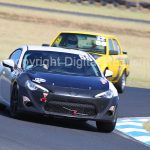 A set of second hand wheels with used semi slicks in the same size as required for the T86RS was purchased for some testing , Snowflake was entered into the Morgan Park Super sprint series in Warwick. With some initial teething problems including ABS and TC system failures, Suspension setup problems and having never driven the track or the car before, we walked away with a third place trophy and some issues to resolve.

Countless hours were spent researching car setup, the electronic issues, and then repairing the faults found in the ‘test run’ at Morgan Park. 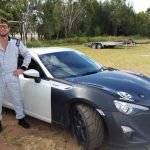 With a few more test days and another 2 races (and another 2 third place trophies for the cabinet) we finally have Snowflake repaired and the suspension mostly dialled in to suit my driving style.

We were ready to start the series! 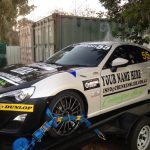 With the first round at Winton, a track we have never driven before, we unfortunately suffered some more teething issues. One being a faulty fuel gauge, causing us to run out of fuel and qualifying 37th out of 38 cars! By the end of the weekend project snowflake had pushed up through the field to 22nd. An acceptable outcome for our first race. 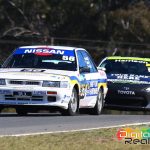 With some second place trophies added to the cabinet at State rounds and some new paint, Crunkenslide Racing is ready to hit the road again for the second round of the T86RS in Sydney!

After 4 more rounds of the T86RS at Sydney Motorsport Park, Sandown, Bathurst and Homebush project snowflake (that no longer has any white parts) managed to finish the season championship in 13th out of 35 competitors.

The final form of the car looking nothing like the car we started with. 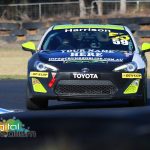 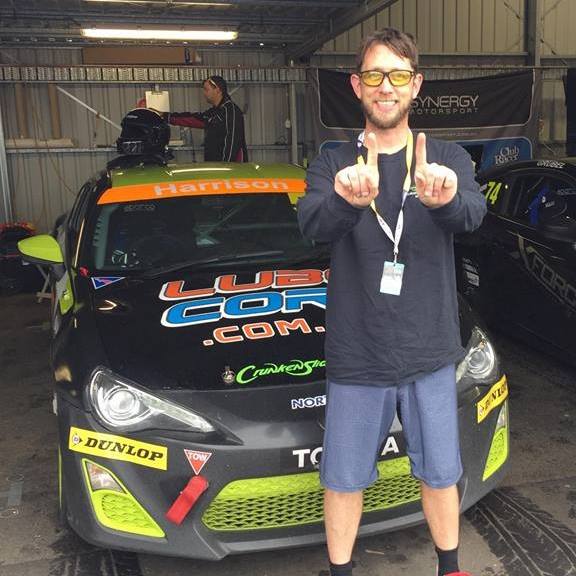 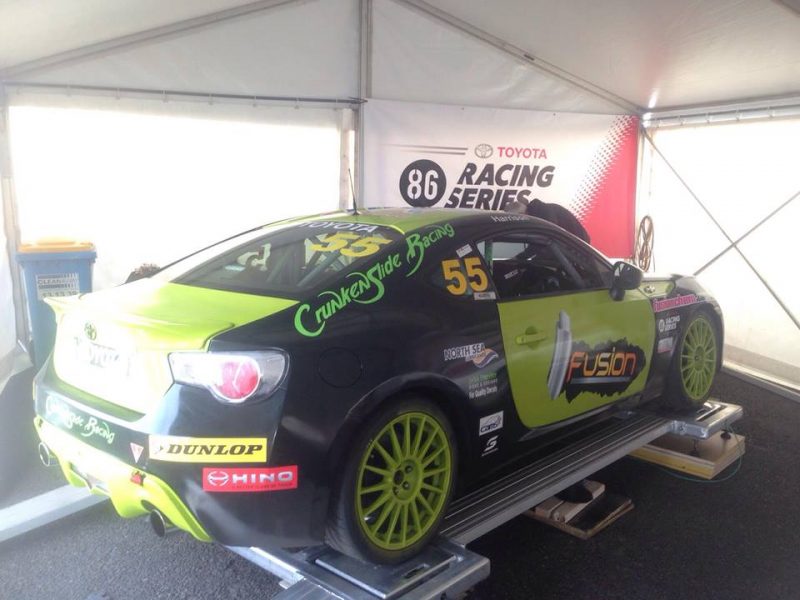 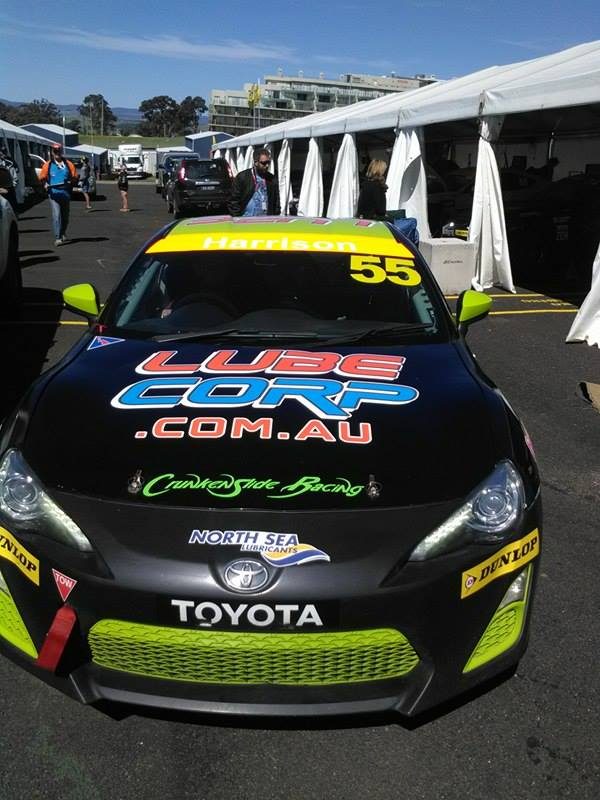 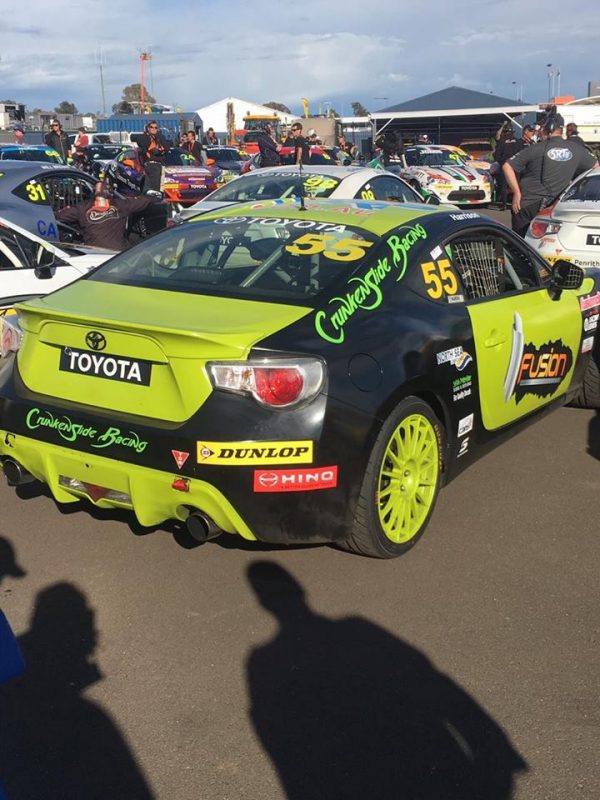 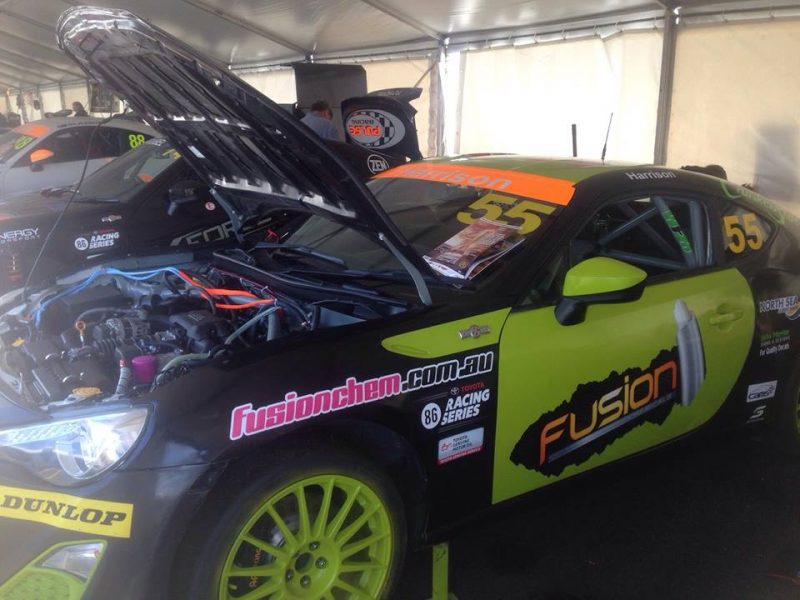